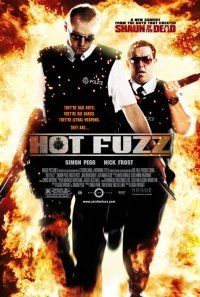 Nicholas Angel, a London super-cop who, much to his superiors’ annoyance is just too good at his job. His professionalism makes his colleague look so bad that they foiled out a plot to transfer him off to the countryside, a West Country village of Sanford. Due to his obessiveness towards his duty, he begin cleaning up the town from even the most pettiest crime.

He was immediately partnered with Danny, a local not-so-bright son of the village chief where he seems doomed to spend his days eating gateaux and trying to find lost swans. But when a local couple are killed in a car crash, Angel becomes suspicious of Dalton’s supermarket boss, who looks like he knows a bit too much. Before long, bodies are piling up like it was Midsomer, but only Angel believes they’re anything other than accidents.

It’s really quite difficult to find fault with Hot Fuzz. It delivers everything it promises and a bit more besides. At its heart, we have the buddy/love story between Nick and Danny, played to perfection by Pegg and Frost. They’re supported by the absolute cream of British comedy and acting talent and everyone involved is an absolute delight. 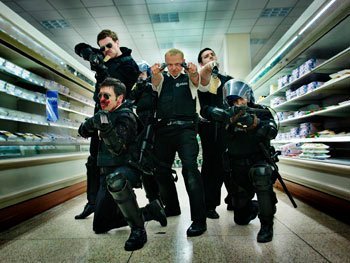 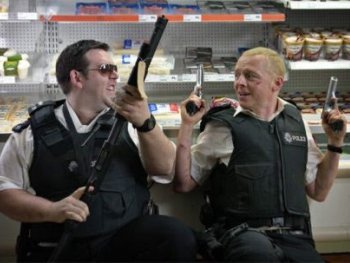 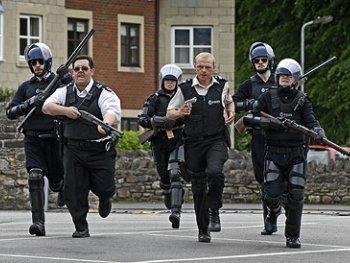 The jokes go from silly to inspired back to very silly indeed, but belly laughs are plentiful and surrounded by dozens of smaller giggles. As a parody of police action movies, it’s also right on the money, but actually, it’s as much homage as it is piss-take, as they recreate some of the cheesiest scenes from the “masterpieces” of the genre with obvious affection. Even better though, it’s also a damn good action film in its own right. 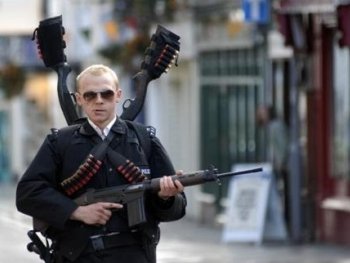 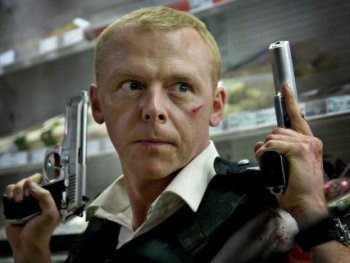 Angel got devillish in supermarket gunfight 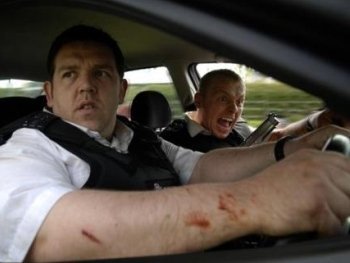 During a car chase

The climax does drag on a touch, with the old “he’s behind you” being used a couple of times too many, and the final payoff isn’t quite as satisfying as Shaun. But these are minor quibbles that don’t detract from Hot Fuzz being surely the funniest film you’ll see this year. 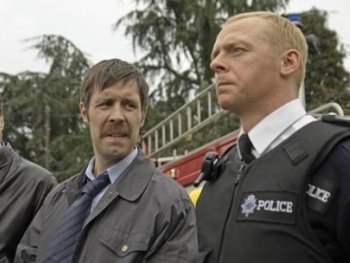 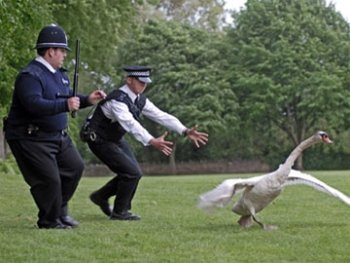 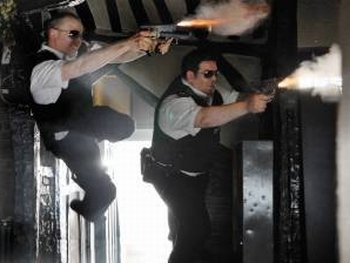 Still it is worth a watch.