Merdeka. Merdeka! Merdeka? Hmm…. Just like every year August is the month of the most ‘un-merdeka’ thing can happen to Malaysia. Seems like more and more unpatriotic stuff seem to fall on this fateful month rather than happening in other month. Is the month of August jinxed so bad?

Early we had tussles between headteacher vs parents in the ‘go back to your land’ sermons. What escalated then was the authorities kept mum about it and gave those headteachers an ‘honourable’ (should be dishonour) transfer elsewhere.  Namewee launched an assault and drew the divide bigger and bigger.

Supporters from boths side clashed in Facebook while Indon punks throw plonks at our doorstep with faeces, salty fish, eggs and garbage.

Politicians are not left out when opposing sites dissed each other as well as those are aligned to one another throw plonks at each other as well. And it is all down to the ‘rights’ of certain certain people and other parties must keep their mouth shut (shit) or else.

Oh what the hell, I raise my flag in good faith so all these shit subside. 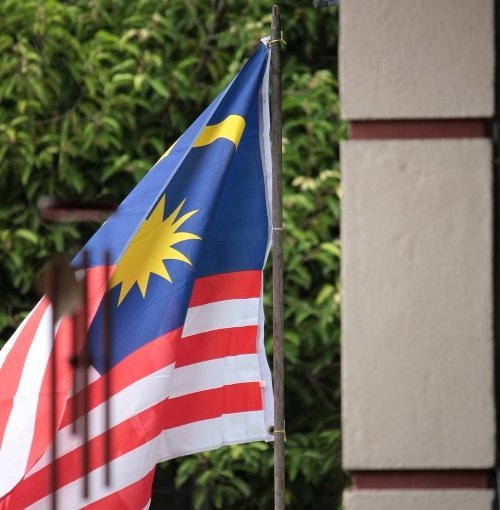 Anyway, have a goodie merdeka.