My Not So Dramatic Chinese New Year Eve

It was pandemonium in the house today and this Chinese New Year will be my first in five years. The feeling was awesome as we partake tasks of helping mom. Since sis was available, we did our prep while waiting for younger bro, sis-in-law and dad to arrive home.

Bro and sis-in-law (SIL) arrived home much earlier eventhough they had to battle their way through the pillaging massacre of the Batang Padang highway stretch from Tg.Malim to Tapah as many commuters are exiting that same bloody route to the west coast. 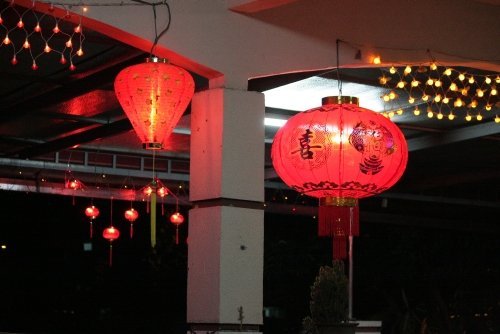 Just before dinner, we chill around the dining table with me and bro teaching his wife (SIL) how to gamble. My SIL did catching up pretty quick about the tricks of trade in the sneaky card game. We manage to gave her live ‘tutorials’ for her to comprehend. A game of ‘Chi 10’ and ‘Black Jack’ digested almost immediately in SIL’s brain. 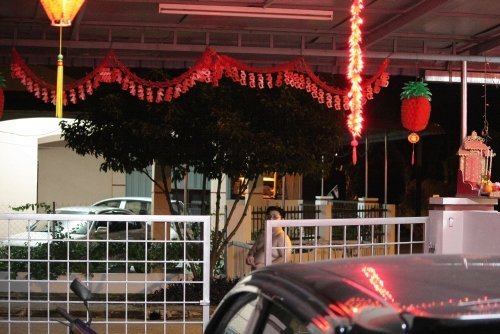 Clock soon struck 7pm and Dad who en-route long hours from Singapore is still no where to be seen. Soon mom gave him a barrage of calls thru his mobile and everytime he answer’s them, his reply was ‘still en-route! still en-route’. Soon Dad’s coach exited Sungkai and using the old federal trunk road, making way to Bidor. Good man, but not so good. The old trunk road was congested as hell as well. It seems like during festivities, all commuters can think alike about choosing the ‘right’ exit, but they failed to think alike about performing a good deed while on the road. Sighs. 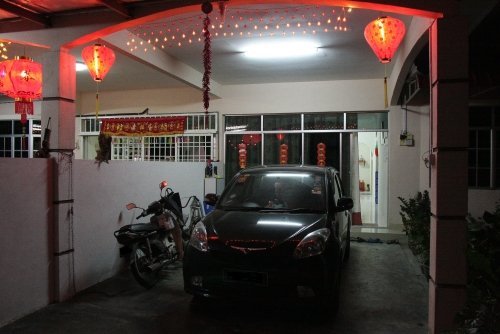 The reunion mood outside

Dad’s coach after braving it’s way through the treacherous Sungkai road manage to ‘enter’ Bidor BUT stuck 3 miles away, and that is where the pain is the most excruciating when traffic starts to crawl centimeters by centimeters only, and as dad claimed the coach hardly move its wheels! He made a ‘distress’ call home asking someone to ‘rescue’ him. 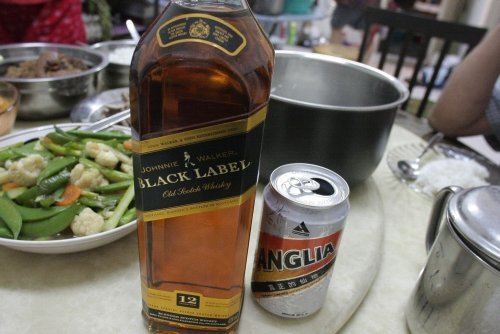 something strong for the house

Bro took his bike braving his way going to the opposing traffic via emergency lane and made a turn back to the northward direction with Dad in his getaway. Some same town folks exited the coach too seemingly distressed and feeling claustrophobic in the bus waiting so anxiously for their kin to fetch them home. 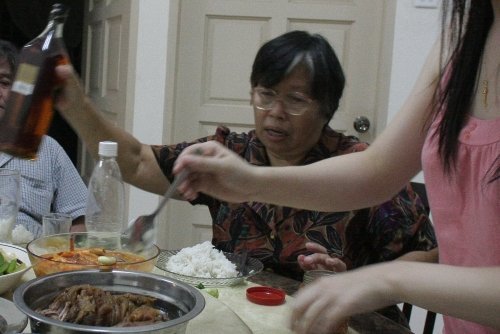 mom wants us to get pissed

Dad arrived eventually and with food is waiting to be consumed, he dived in to grab a seat and off we go for the most memorable reunion dinner we ever had in our lives.

It feels really good to be ‘complete’ again.

LoL… your mom and the Black Label.