Sio Bacang Ah Sio Bacang… Can’t believe it was my first taste of bacang in 2007! Eating this make me instantly home sick as this celebration, though not really significant to me, it does bring back memories of my childhood days helping mom with the preparation of bacang.

Bacang day, unbeknownst to many is also known as Dragon Boat Festival in the west, or Duan Wu Jie (端午節) in China where the day was actually a commemoration of the death of famous poet called Qu Yuan (屈原) who lived during the Warring States Period, 340 BC – 278 BC. 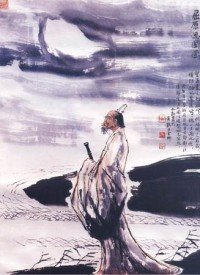 He committed suicide by drowning himself in a river because he was disgusted by the corruption of the Chu government. The folks who was so fond of him, knowing his good deed and contributions decided to throw food into the river to feed the fish so they would distract them from eating Qu Yuan’s body.

They also sat on long, narrow paddle boats called dragon boats, and tried to scare the fish away by the thundering sound of drums aboard the boat and the fierce looking carved dragon head on the boat’s prow to ward of spirits.

The folks attempts to recover his body became a race thus founded a water sport what was known today as the Dragon Boat Race based on the legend.

Back in those days when mom is still strong and methodical, she would make a cooker out of a metal oil barrel. Squarish in shape, she will detach the lid on top and wash the container thoroughly. Then the barrel will be filled with water and boiled over a fireplace made of unwanted wood from the backyard. 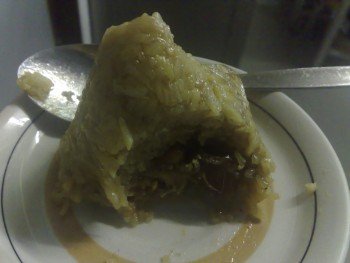 She refuse to use modern way which is weird. The only thing she told me is to appreciate the commemoration, it must be done as traditionally as possible. Being a perfectionist herself, she insisted that cooking the bacang traditionally will produce much tastier bacangs.

Gosh, I long to look forward to have bacangs done traditionally again. Gah! Take me homeee…!!