Directors: Peter Chan & Yip Wai Man
Genre: Action, historical, war
Starring: Jet Li (Gen. Ma Xinyi), Andy Lau (Cao Er-Hu) & Takeshi Kaneshiro (Zhang Wen-Xiang)
Plot:The film is set in the 1860s, during the Taiping Rebellion in the late Qing Dynasty in China. The story, based on an unresolved crime in 1870, tells of three sworn brothers who are forced to turn against one another due to the harsh realities of war and political intrigue.

The beginning of the film shows defeated army general Qing Yun wandering aimlessly after his entire army was slaughtered. As he collapses from exhaustion, he is found by a girl named Mi Lan who nurses him back to health.

Once he regains his strength, Qing Yun meets the bandit Wu Yang, who is coming back from a successful loot.

Wu Yang notices the general’s boots Qing Yun is wearing and attempts to kill him. Qing Yun, however, fights back and overpowers him.

Wu Yang is awed by Qing Yun’s fighting skills, and decides to introduce him to his elder brother, Er Hu, and asks him to join them. Er Hu masterminds a raid on a military convoy in order to steal badly needed food and supplies.

Qing Yun participates in the battle and kills the convoy’s leader, causing the remaining soldiers to surrender. This act impresses both Wu Yang and Er Hu and they allow him to return with them to their village.

There, he finds Mi Lan, who is revealed to be Er Hu’s wife, and they begin an illicit affair.

However, the bandits’ raid doesn’t go unnoticed. After an attack on Er Hu’s village by the Qing military, Qing Yun convinces the gang to join the army and help the Qing government fight instead. That way, the bandits will be able to protect themselves better and get paid. 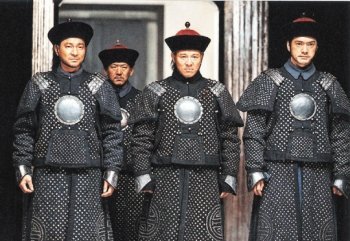 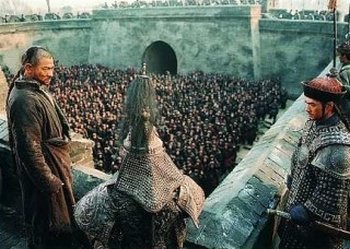 Er Hu and Wu Yang are reluctant at first, and only agree after the three brothers sign a “Death Contract”. When Qing Yun returns to his superiors, they are at first reluctant to accept him after his previous failure. However, Qing Yun quickly proves himself in battle, inflicting heavy casualties on a numerically superior force. The Qing generals promote Qing Yun, who leads the other brothers and his armies on multiple conquests. 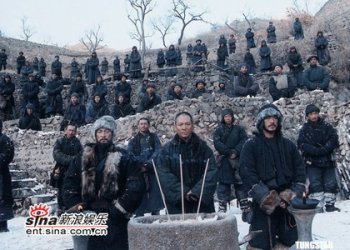 Swearing in as blood brothers 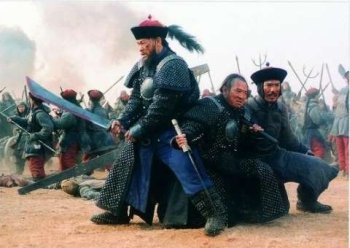 Soon, Qing Yun’s arrogance leads him to make another bet with the generals, boasting that he can capture Suzhou and Nanjing. Fearing Qing Yun’s growing power and influence, the Qing lords decide to deny Qing Yun valuable reinforcements and food supplies. Without support from the generals, Qing Yun’s attack on Suzhou devolves into a year long siege, with both sides suffering. Desperate, Er Hu goes inside the city to negotiate with the official ruling Suzhou.

The official realizes that the siege is making his people suffer, so he lets Er Hu kill him and surrenders the city on the condition that the soldiers defending the city be freed. Moved by the official’s sacrifice, Er Hu agrees to the terms, but Qing Yun has different ideas. He can’t take the soldiers prisoner because his army is critically short on food supplies, and he doesn’t want to risk letting them roam free in fear of them regrouping and attacking again. Instead, he executes all of the captured soldiers, which enrages Er Hu. Er Hu considers deserting, but Qing Yun manages to convince Er Hu to stay on at least until they can take Nanjing. 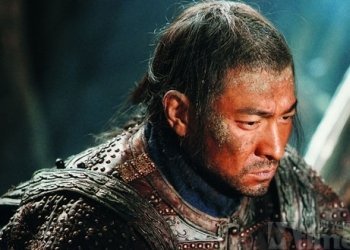 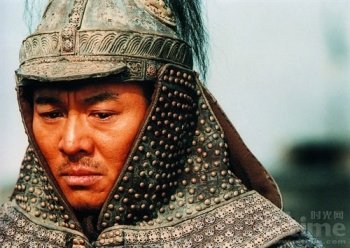 Qing Yun’s campaign to take Nanjing is a massive success, but dissent still remains within his ranks. Er Hu takes control of the military’s accounts and gives out the soldiers’ pay without authorizations, which angers Qing Yun and the Qing lords. This event, coupled with his attempted desertion, leads the Qing lords to believe that Er Hu is too dangerous to keep alive. They then convince Qing Yun to arrange for Er Hu’s assassination. Meanwhile, Wu Yang discovers Qing Yun’s affair with Mi Lan and catches wind of Er Hu’s assassination. Believing that Qing Yun wants Er Hu killed over Mi Lan, Wu Yang murders Mi Lan in an attempt to rob Qing Yun of a reason to kill Er Hu. This plan fails, however and Er Hu is killed before Qing Yun hears of Mi Lan’s death. 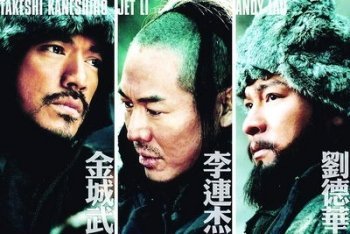 Brothers who turned against each other at the end

Finally, due to Qing Yun’s military successes and popularity, the Qing government decides to appoint Qing Yun as a governor. The Qing lords, fearing that Qing Yun is growing too powerful, arrange for his assassination. As Qing Yun makes his way to his appointment, Wu Yang attacks him, blaming Qing Yun for Er Hu’s death and accusing him of doing terrible deeds in the past in order to benefit himself. In order to honor the “Death Contract”, Wu Yang declares that he must kill Qing Yun. As the two brothers fight, an assassin takes aim at Qing Yun and shoots him at the same time Wu Yang stabs him in the chest. Qing Yun dies and Wu Yang is left all alone, only to remember the day he, Er Hu, and Qing Yun first bound themselves to the “Death Contract”.