YouTube, the colossal video site with a scale owned by Google, is going to be on our screens soon. They will be channeled and televised whilst maintaining their presence online. Youtube before Google’s acquisition, started off as a small video sharing site founded by a trio, who were ex-staffs of Paypal; Steve Chen, Chad Hurley and Jawed Karim. This decision was made taking into consideration the daily frequency of Youtube users. Good move.

“Our average user spends 15 minutes a day on the site,” he said. “They spend about five hours in front of the television. People say ‘YouTube is so big,’ but I really see that we have some way to go.”

To that end, Walk leads a team of about a dozen engineers, designers and project managers who are fine-tuning YouTube to give its users what they want, even when the users are not quite sure what that is. The goal is to get them to spend a few more minutes on the website every day.

This is easier said than done. YouTube will not disclose the size of its video library, but the company has said that about 20 hours of video are uploaded to the site every minute. That is the equivalent of more than 100,000 full-length movies uploaded every week.

With hundreds of millions of clips to choose from, the challenge that Walk’s team faces is to figure out how to select the five or 10 or 20 that a user might enjoy the most.

The payoff could be large. Google executives have said that YouTube is still losing money, but it is on a path to profitability. Getting users to spend more time on the site would help it get there faster by selling more advertising.

It could go a long way towards extending its dominance, shoring up its position against sites like Hulu, which are attracting a growing number of users with full-length movies and television shows. 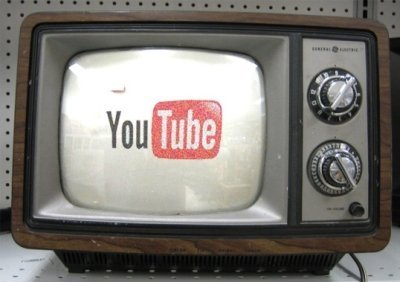 And it could help YouTube keep up with other competitors, including video search engines like Truveo and Blinkx, or sites like Clicker.com, which specialises in recommending professionally created videos online.

After Blinkx added better analysis of the visual content of videos to its engine last year, for example, the average number of clips watched jumped to nearly five, from 21/2, said Suranga Chandratillake, founder and chief executive of Blinkx.

For YouTube, part of the challenge is in handling people’s searches. Last November, Americans typed 3.8 billion search queries on YouTube, more than on any search engine other than Google, according to comScore, a market researcher.

But perhaps more important, YouTube must finesse what technicians call discovery. That is the art of suggesting videos that users may want to watch based on what they have watched before, or on what others with similar tastes have enjoyed. The effort requires mastering data-mining techniques similar to those used by Netflix and Amazon to make movie or book recommendations.

“I don’t think the YouTube problem is different from the Netflix problem or the Amazon problem,” said Christopher Volinsky, executive director of statistics research at AT&T Labs Research.

He recently helped lead a team that won a US$1 million (RM3.4 million) prize established by Netflix to improve that site’s recommendation engine by 10 per cent. That it took his team of top computer scientists three years to make a modest improvement to Netflix, which has some 70,000 titles, illustrates the complexity of the task, he said.

YouTube’s work in these areas is largely hidden from users and involves dozens of tweaks, small and large, that Walk’s team makes every month. Recently, for instance, the group began tackling what it calls topic exhaustion. No matter how much users may like to watch, say, Shaquille O’Neal highlights, they will inevitably reach a point when they will have had enough.

So while YouTube used to suggest more of the same topic to users who watched a particular video, it has gently begun to nudge them towards related topics. The Shaquille O’Neal video may prompt suggestions for Kobe Bryant highlights, National Basketball Association (NBA) clips or topics further afield, like sports stars who appear in films.

“If we guess wrong, you could leave us sooner,” said Jamie Davidson, 25, an associate product manager on Walk’s team. “But if we guess correctly, we may get you to watch another 10 videos.”

The techniques involve creating vast graphs, which Davidson calls conceptual maps, of related concepts like Shaquille O’Neal, the NBA and Kobe Bryant, on which the proximity of two nodes indicates the closeness of two topics. The YouTube recommendation engine uses these maps to find new subject areas that might interest a user.

Over time, YouTube says it plans to rely more heavily on personalisation and ties between users to refine recommendations.

During a recent meeting, a small group of engineers and user interface designers were brainstorming what might be the next big step in the site’s evolution: pages that would immediately begin playing a stream of clips tailored for a user, instead of offering lists of suggested videos. The idea is to push more videos at users in the hope of allowing them to abandon the keyboard and increasingly experience YouTube from the couch.

Gauging YouTube’s success so far is difficult. It will not release detailed traffic statistics. But it says improvements in its search and discovery software have helped increase the average time that users spend on the site by 50 per cent in the last year.

Data from comScore appears to back that up. The average YouTube user watched 83 clips last October, compared with 53 a year earlier, though it is difficult to know how much of that growth was the result of the improvements.

Either way, the team plans to speed up the pace of innovation to help YouTube users search less and watch more.

“We are the second-largest search engine, and yet search is not even the right paradigm for discovering video,” Davidson said. “We are trying to move beyond it.”

Can’t deny that Youtube is going to be massive in the years to come ,but I hope Google wont end up like the once ‘humble’ microsoft! Insightful news nevertheless. Have a good day.

I am loving this site. Someone sent me a link to this article – A. Keep up the good work. Nice and modest blog.

An eye opening information. Thanks a lot for the piece. Keep it up.